The latest Get Racing session was held at the club yesterday Sunday 5 June, and the sunny forecast brought a good number of members to the club wanting to try out racing, only for the sun to postpone its appearance until lunchtime. There was a mixture of returnees and newcomers with 16 sailors in a variety of boats ranging from a Tera to a Dart 16. 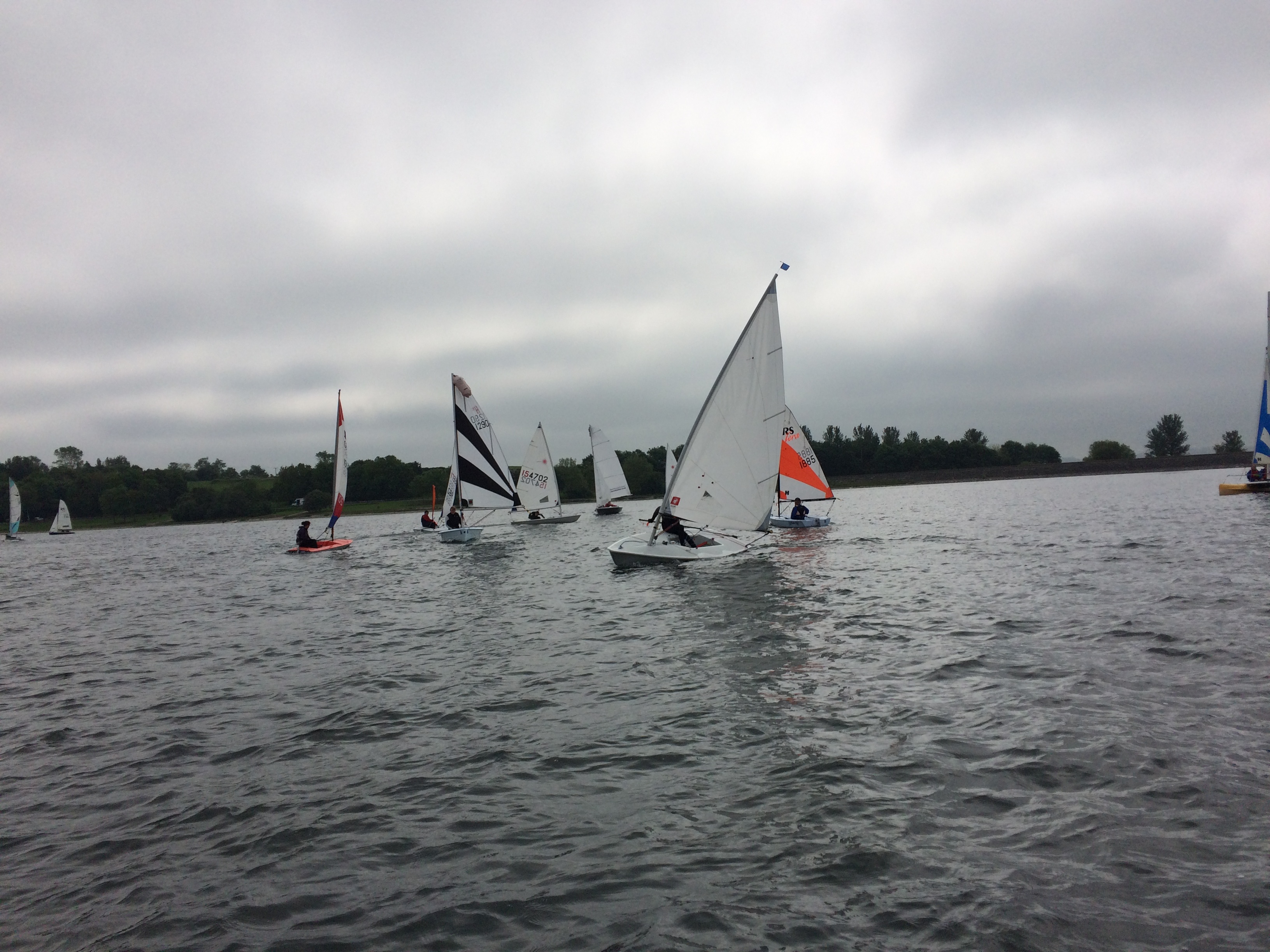 After a briefing on the patio the boats headed to the west end of the lake. There was a chilly north east / easterly breeze of around 9mph and the ODs set a long first beat up to mark ‘S’ followed by a long course round several marks before boats passed through the gate. As a consequence only one lap was completed and the boats were soon spread across the lake. The coach boat was on hand to direct those uncertain of the course to their next mark. 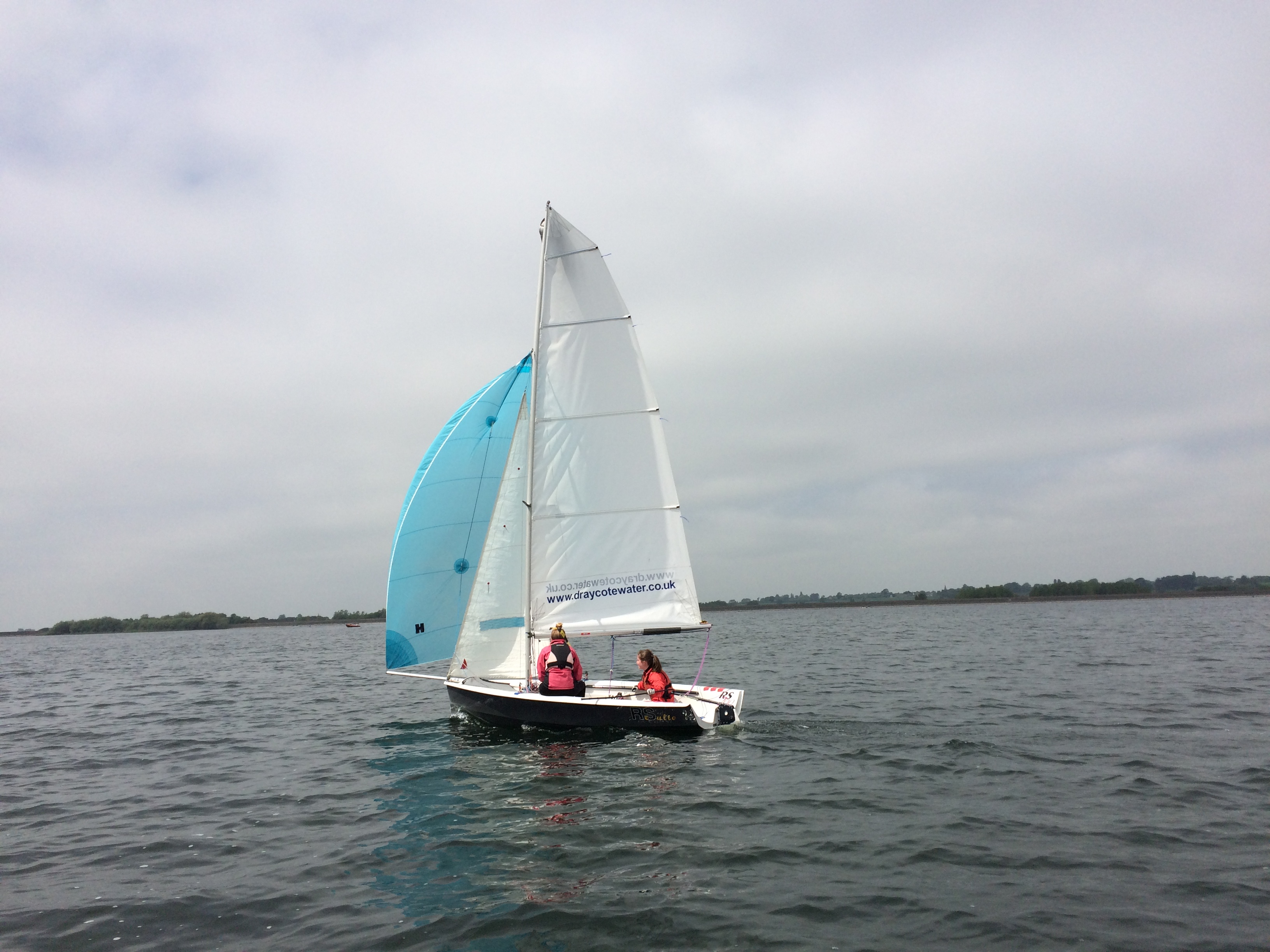 The first beat was predominantly starboard biased and the one boat, sailed by Adrian Roberts in a club Laser, which took an early short hitch on Port before tacking back came out with a good lead at the first mark. Behind there was a close tussle between 3 Laser Radials and an RS 200 until the RS 200 sailed by Carla Fickling and Lydia Roberts showed good gennicker skills to pull away. The Radials sailed in close proximity all race and again, good downwind technique with some kiting to windward was on display. The three Radials were separated by only 10 seconds at the penultimate mark, Ethan Chesshire maintaining his lead and after completing penalty turns, Wiiliam Puchy finished behind Josh Davies. 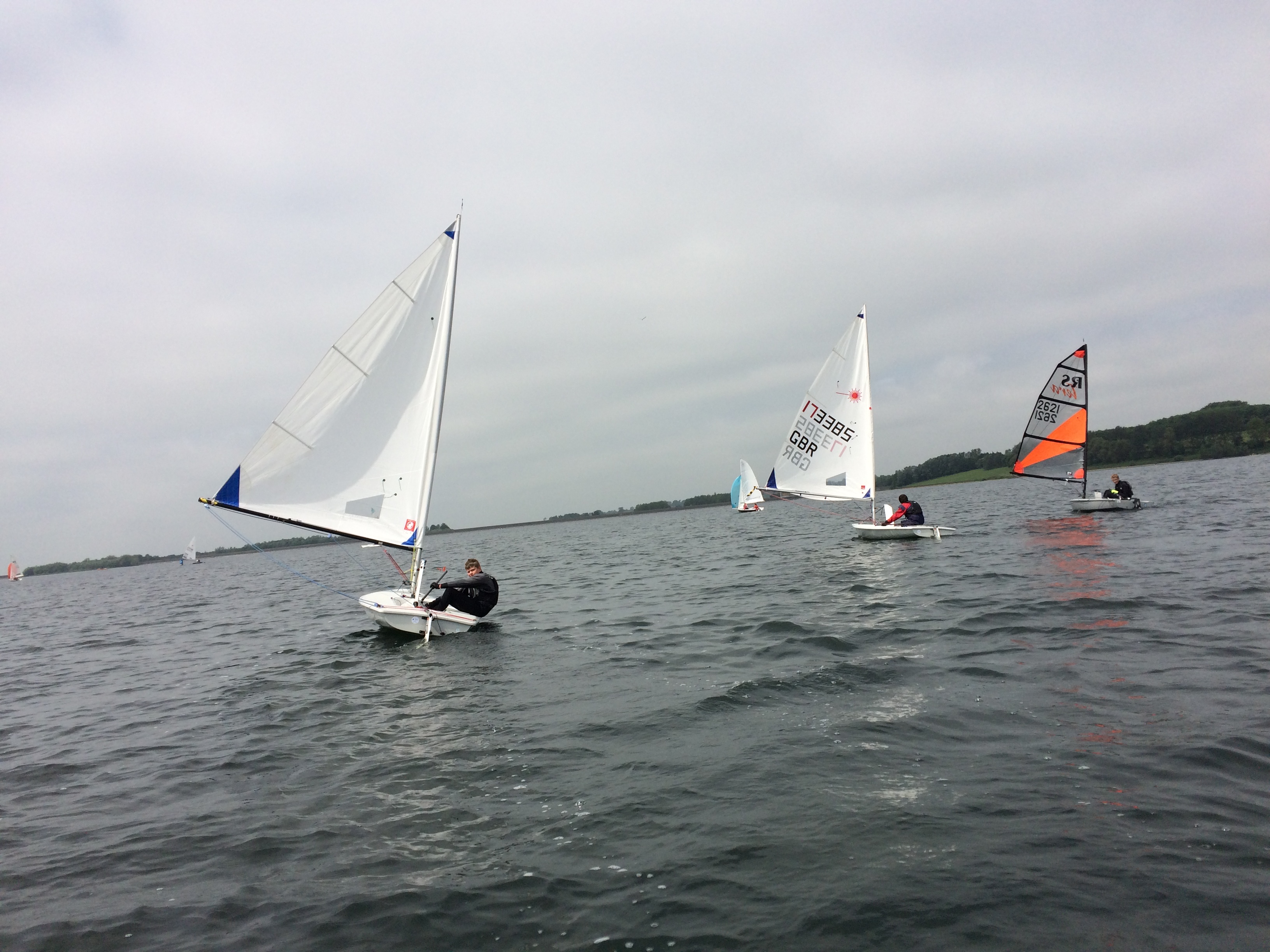 Elsewhere the Tera of Izzy Hughes and the Topper of Sophie Hickling were making steady progress around the course whilst Jack and Ethan Trundley in the two Picos were wishing they had not gone afloat with a couple of reefs as the wind speed was less than they expected.

All Get Racing results are available here

Thanks to the OD team for their help and co-operation during the morning.
It was good to see that one or two of the boats also joined in the normal club afternoon racing.
The next session will be held on the morning of 3 July, with any members wanting to try racing welcome to join in. To use club boats at no charge, contact Dave Rowe.