Happy New Year to you from all at Draycote Water Sailing Club! 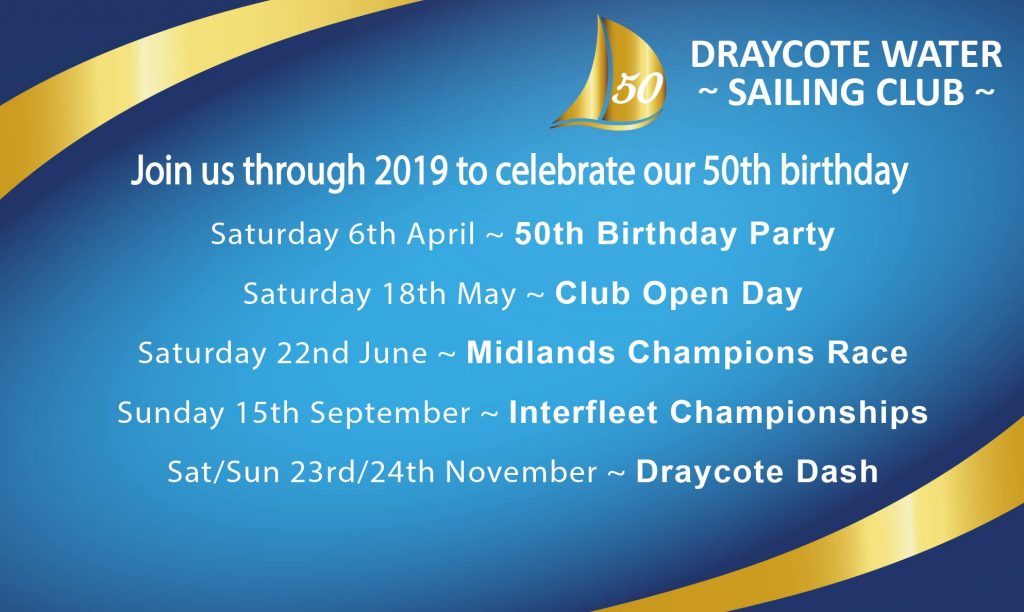 Tickets for our 50th Birthday Party are available HERE
It’s going to be a wonderful evening to meet up with members past & present.  An evening meal is included and we will be unveiling our Memory Wall.

FREE race entry for The Midland’s Champions Race is HERE
Also, book your tickets for the evening BBQ & ceilidh.

We have had some wonderful photos brought in to us for our Memory Wall and we are looking for more!
Please send your photos to Rebecca either in person or by  email
(all items will be copied/scanned and all originals will be returned.) 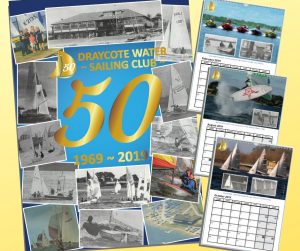 Limited copies of the 50th Anniversary souvenir calendars are still available either in the shop, office (£8) or online HERE (£10 inc postage)

For Boxing Day, PRO Rob Still set an extensive course around the lake, with the main beat being between C at the water tower and A in the corner. Unfortunately, the wind shifted in the opposite way to the forecast and meant this was a very one-sided beat, particularly as you wanted to be as far away from the dam wall as possible to get the maximum pressure.

But such niceties didn’t deter the 32 entries aiming to work off some of that Christmas turkey.  Clemmie Middle, Ted Ball and Joseph Rowe started proceedings in their Toppers, followed by Millie Irish and Katherine Burgess in the Feva.  The wind was light as the sole Solo set off in chase, followed shortly by a pack of 8 Lasers baying for blood and then the rest of the faster classes in their due time.

With about 15 of the 100 minutes left to go, Millie and Katherine (Feva) overhauled Ted (Topper), but were then overtaken by the Jeremy Atkins (Solo) – the baying Irish brothers were still advancing in their Lasers, but had they left it too late?

Steve Irish broke through with less than 5 minutes to go and the Flying Fifteen of Pete Slater and Tim case was coming up fast. Around the final mark, Steve was a boat length clear while Jeremy claimed mark room and held Pete & Tim back as they were finished yards from the mark.

New Year’s Day saw Paul Roe in the PRO role and he set a start from the club line which looked fine at the Optimist start time, but a wind shift to the north saw a reaching start and an 8-leg course with not a single beat in it – Paul couldn’t have pulled that off if he had tried!

With 30 starters, Clemmie and Ted again set off first followed by Millie, this time crewed by KT Byne. This time there were 7 Solos, with 8 again the Lasers were the biggest fleet. With a stronger breeze (and a few capsizes and broaches) the faster boats had more of a look in this race, but Millie and KT held the lead for most of the race, only for it to be cruelly taken away from them at the last minute by Nick Bolland in his RS300. Martyn and Daniel Lewis were third in their Fireball.

As Nick Bolland graciously said at the prize giving, he felt bad taking the lead after Millie and KT had held it for so long, but next year they would have improved, but he was now past improving!

And so finished the 2018/19 Club Champion series which was won convincingly by Greg Irish (who finished fifth in both these races). Second was the ever-improving Marcellus Pryor (there have to be some benefits in scoring the series!), with Jon Hughes third in his Solo. 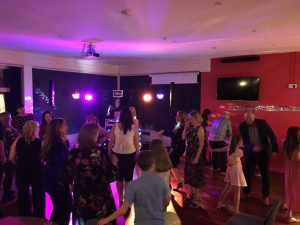 If you’ve got your own event coming up this year, book our Lounge as the venue! Contact Rebecca for dates and details, viaemail or phone 01788 811153