Menu
Find out the latest news and information from Draycote Water Sailing Club. 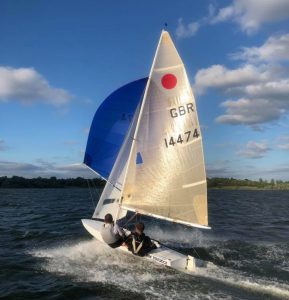 The last Wednesday Night Racing will be on 5th September and we will, once again be doing a Steak night and prize giving.
Steak & chips after for £9.00 per person plus cakes will be provided by the club.  Sign up for your steak dinner with the caterers this Wednesday to help us organise numbers.

Please remember the last 2 Wednesday nights are a 6.30pm start.

The last Friday night Y&J’s club will be on 7th September.
We’ll be sending out a separate Y&J’s email shortly with more information about events etc. 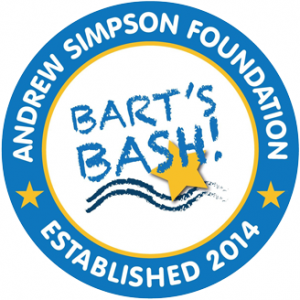 But not only is it aiming to be the largest sailing race EVER, it is also always the biggest Club event of the year! Open to all members, families and their guests whatever their ability – we want to get lots of people sailing, even if they have never done it before! If every member invited a friend, what an amazing day it would be and how it would promote sailing and our Club!

Please come along, bring a friend, participate in a fantastic event, become a Guinness World Record holder and have a lot of fun!

In the morning: Bart’s Bash Race: An average lap race using the Club’s normal starts.
In the afternoon: For the adults, a 60-minute pursuit race. For Youth & Junior: a sailing obstacle course.

Please register your entry on the Bart’s Bash website: http://www.bartsbash.com/ and start fundraising for the Andrew Simpson Sailing Foundation.

There are collecting tins for the Andrew Simpson Sailing Foundation in the bar and in the shop. The entry for the event is £1 per adult competitor and 50p per Youth & Junior competitor (all proceeds to ASSF).

The highest placed participant who has taken part in Get Racing this year will be awarded the Tom Pearson Trophy.We look forward to seeing as many Club members, families and guests as possible on the day sailing, fund raising, becoming world record holders, watching, having fun!

In Case Of Emergency

Following the feedback from a member we have instituted an additional safety measure. By the signing on sheets there is a loud whistle behind glass which can be used for attracting the bosun’s attention if they are out on the water.

For obvious reasons this is only for use in an emergency not because someone wants serving in the shop, etc… But in an EMERGENCY, do break the glass and blow the whistle! 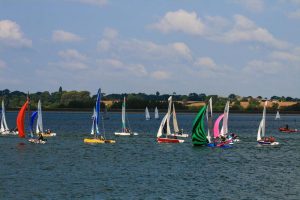 In November we hold the biggest event of the year that the Club runs: The Fernhurst Books Draycote Dash. We expect at least 100 of the top sailors in the country to compete.

As always, we need help to organise this event, both on shore and on the water, for one or two days. If you can help, please contact Jeremy Atkins via the office (office@draycotewater.co.uk).

After nearly 2 years of work, the Club’s Development Plan for the next 10 years has been finalised and approved by the Committee and is on the website. You can find it HERE.

The bulk of it has not changed since it was presented at the last AGM and in the last Draycote Unshackled but it is an important document, setting out the future direction of the Club. We would recommend that you read it.

Our thanks to the many members who have contributed to this.

From the Protest Room

After a quiet period, quite a few protests have been submitted in the last month.

We are a self-policing sport and that only works if we do self-police! There should be no stigma attached to protesting a competitor if you think they have broken the rules – not only is it your right, it is your duty!

For a successful protest against a competitor you have to advise them on the water, immediately after the incident, that you are going to “protest” – the word is important. You then have to fill in a protest form (available from the OOD room) and submit it within 1 hour of the last boat finishing the race. Witnesses may help your case if there are any.

There will then be an Arbitration or Protest Hearing and the process will be explained to you as you go. Alternatively, you can have an Advisory Hearing which is an informal chat, with all parties present who want to be, about what happened and what rules are involved. This involves no penalties but will, hopefully, result in a better understanding of the rules by all parties.

As part of the Development Plan we are looking to adopt a new set of Articles for the Club and have been holding a member consultation in August. There have been 3 open meetings for members to attend and a number of members have given one-to-one feedback. All the feedback has been positive to the proposals.

However, if you want to provide feedback you have to by the end of August, so please do so. At the end of this feedback we will make any changes to the proposals that are required, and they will then be submitted to the AGM for a yes / no vote. At the AGM there can be no amending of the proposals – they are either accepted or rejected. So please feedback now or have no input into the proposals!