Entry for the 10th Draycote Dash is now available on the Selden SailJuice website, and the NOR and SI are also now available.

Massive thank you to everyone who attended the first celebration of our 50th anniversary year, a fantastic evening looking back with past and present members.

The next event is the Midlands boat race on 22nd June inclusing party and food, event & meal tickets here . Meal tickets to the party only here.

For those who missed the event a slideshow of the clubs history can be found on the clubs youtube account Here. 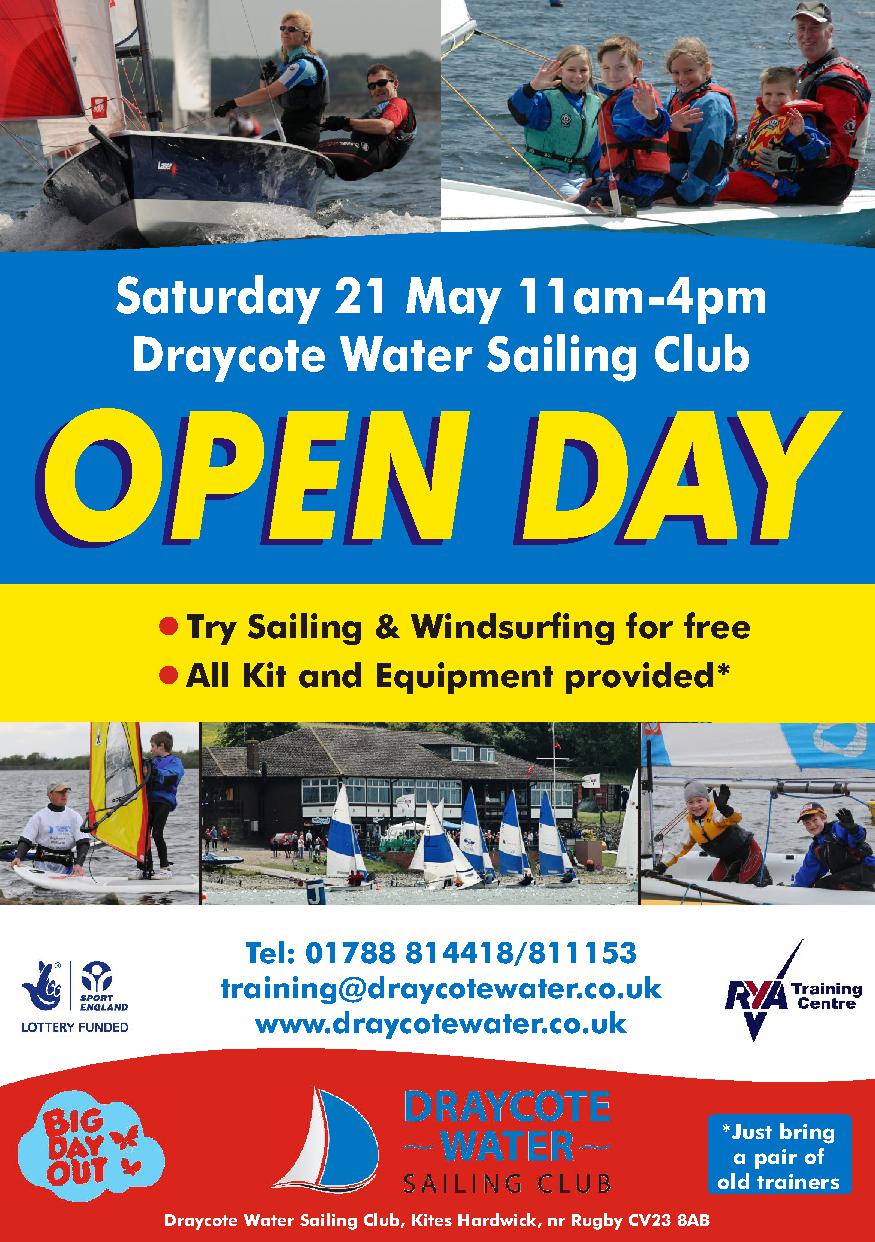 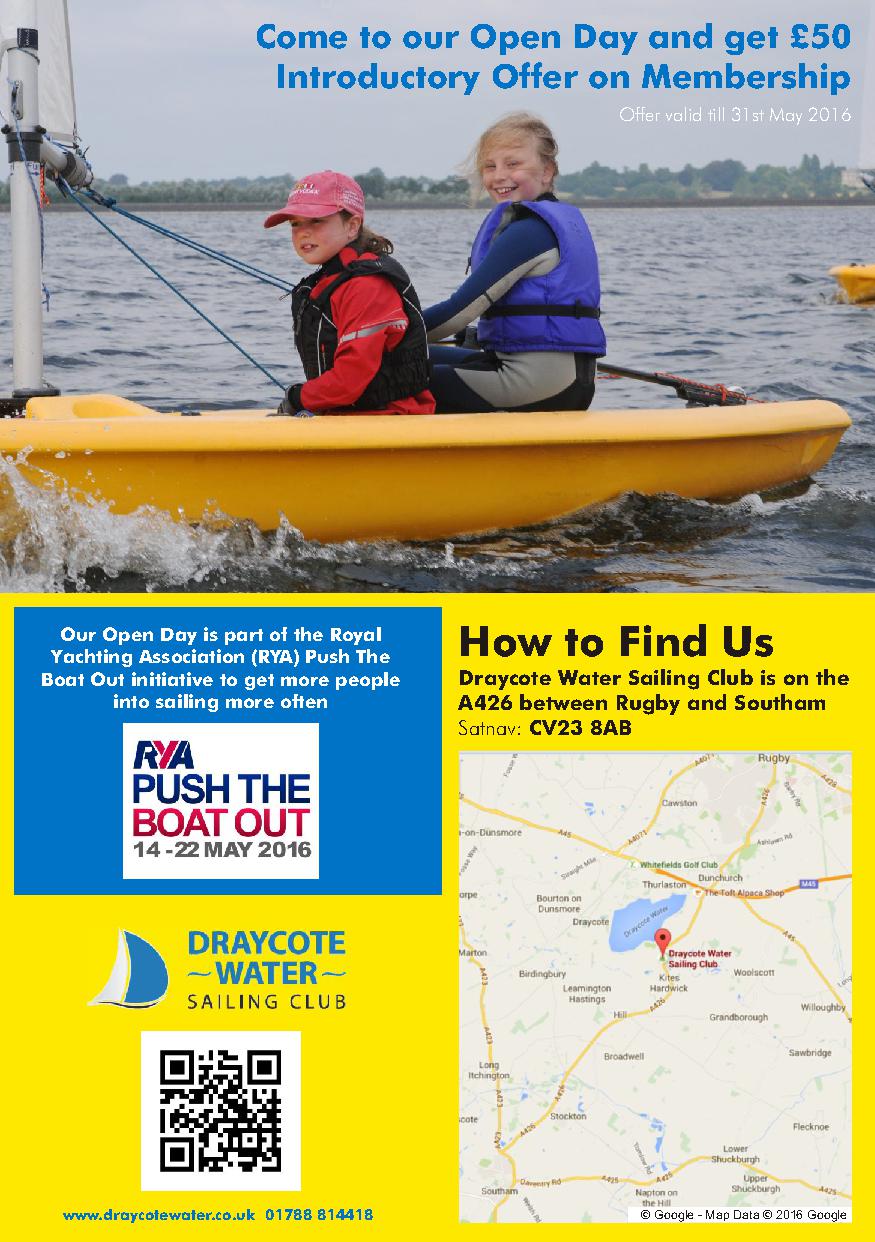 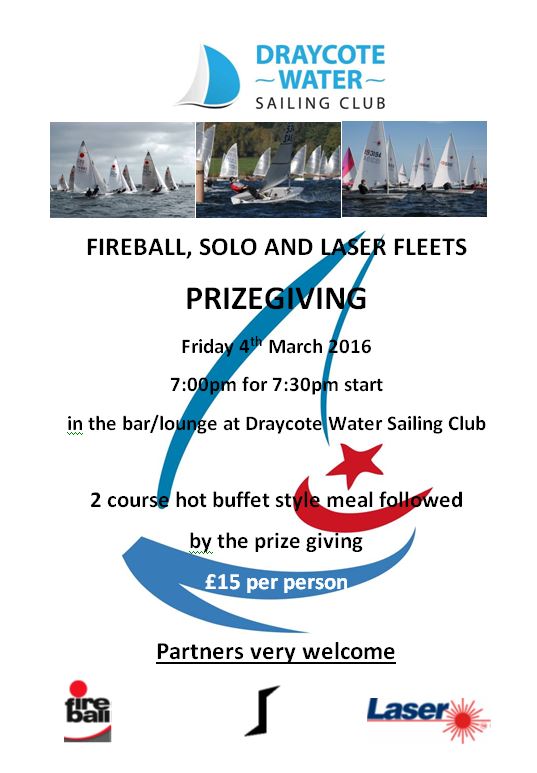 How do you book your place for the Fireball, Solo and Laser Fleets Prize giving?

Bookings to be made by Friday 26 February 2016 with payment of £15 per person to secure your place.

As the summer draws to an end, the Club gets very active again in the Autumn.

In order to make it more exciting for all participants, the August Bank Holiday Pursuit Race (Monday 31st August) will be an INDIVIDUAL pursuit race. The top sailors from each fleet will start off from their usual PY start, but those lower down the fleet will be given a bit of a head start, starting earlier.
You will be told your start number when you sign on to race, so please sign on as soon as you get to the Club. Datum is at 11.00am, with the Optimists starting just after 10.30am.

Do come down and join in the fun – whatever your standard, you should have a good race (and the opportunity to win!).

Draycote has the privilege of hosting the late summer Optimist Ranking Event the first weekend of September. This is going to be a fantastic event and the largest seen at Draycote for some time.

We will have kids training in the days leading up to and many arriving on the Friday evening. We will have the bar open Friday eve, Saturday all day and Sunday, Hog roast on the go on Saturday afternoon and food in the wet bar available all weekend.

Club racing and Get Racing will run as normal on Sunday 6th September.

During the weekend, parking to the west of the clubhouse will be restricted only to windsurfers in the far car park. Our visitors will be required to park in the ST Pay & Display Car Park, which should ensure ample parking for members in the main Club car park.

If you would like to be part of this please let Dave Rowe (hyperlink to e-mail) know as he has a list of tasks that we need help with over the weekend. Any time given would be much appreciated.

This amount of boats is a sight not to be missed so please come down and have a look. Without doubt, some of GB’s future Olympians will be on the water!

The first Sunday of the month and so it’s time to Get Racing (for Novices & Juniors). All the usual details: Gather ready to sail on the patio at 10am. Club boats available to hire for free. Full briefing and on-the-water coaching supplied by Elizabeth & Tim Fillmore.

Last year’s Bart’s Bash was a great success at Draycote & worldwide (largest sailing event ever!). This year it is being repeated (aiming to be one of the world’s largest sporting events); at Draycote we will me making it even more special as the Club Regatta.

We are hoping to have an empty boat park and all the boats on the water, so please come and sail with us!

If you have any questions or suggestions please contact Dave Rowe.

Let’s celebrate the success of our youth!

Not a sentiment you might expect given the coverage that some young people get in the media, but at Draycote Water Sailing Club we have real cause to celebrate following some fantastic achievements in the month of July. 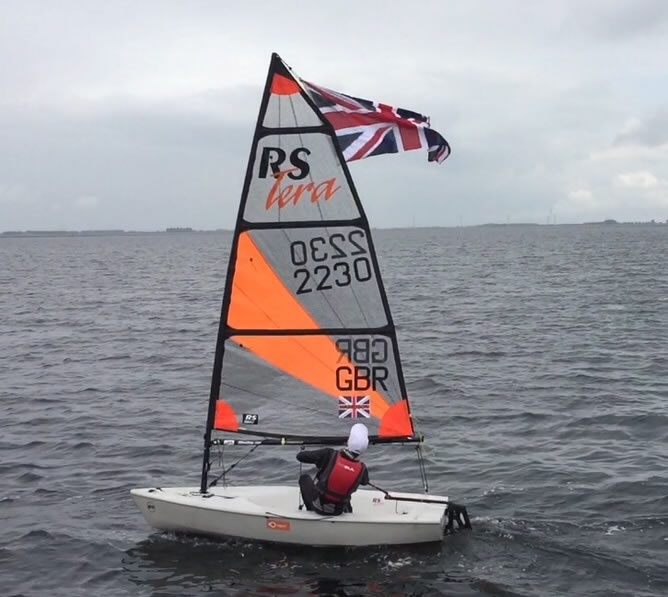 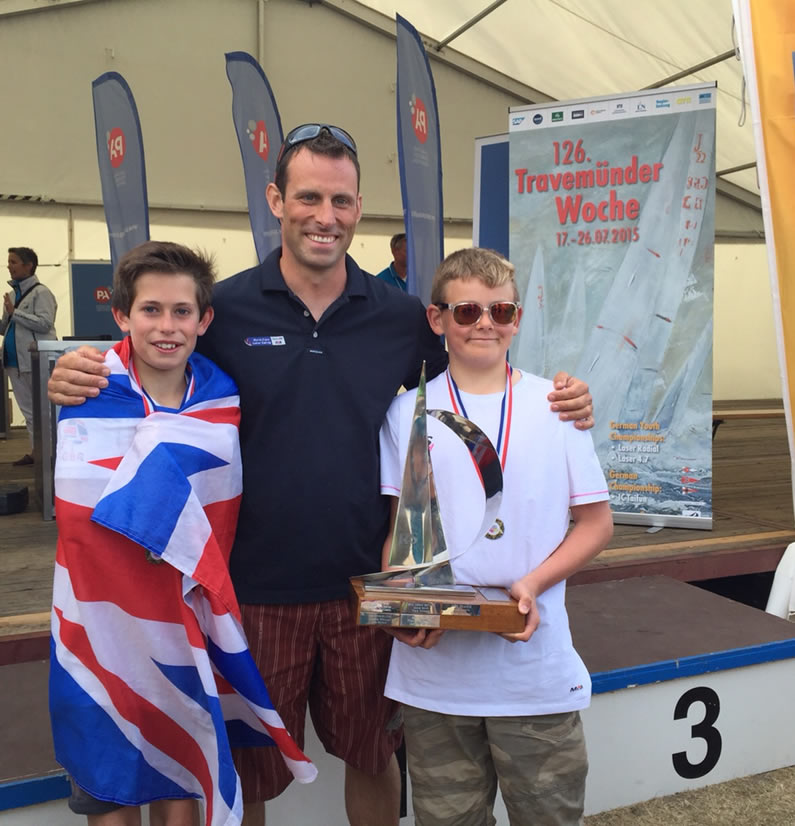 But it is not just our top youth sailors that we should celebrate – turn up at the Club any Friday evening or Saturday and you will see many of our young members really enjoying their sailing – and they turn out enthusiastically for Get Racing on the first Sunday of every month as well!

August is a quiet month for events at the Club, but things begin to get pretty hectic again in September.

The first weekend (5th / 6th September) sees us host the Optimist Late Summer Ranking Event. We are expecting up to 200 Optimist sailors and their parents, so the Club will be very busy, but we will be doing all we can to minimise the disruption to members – further news in due course.

But more importantly, for Club members, on Sunday 20th September we will be participating in Bart’s Bash (a mass participation event to raise money for the Andrew Simpson Sailing Foundation which last year achieved the Guinness World Record for the largest ever sailing event and this year is aiming to be one of the largest sports events in the world!) and holding the Club Regatta.

Plans are still being worked on, but it is going to include a mass participation race for all members (last year we had one of our biggest turnouts for many a year and a high percentage sailing in their first ever race – it really is open for everyone, whatever standard, whatever craft {subject to being permitted under the Regulations]), a special lunch and games and activities on shore and in / on the water! It is for all the family, sailors and non-sailors, young and old.

On our water you will be able to race against world champions and globally you will be racing against the likes of Sir Ben Ainslie, Sir Robin Knox-Johnston and many other heroes in our sport! You mustn’t miss it!

We will be circulating more details shortly, but, for the moment, please put the date in your diaries and feel free to register on the Bart’s Bash website: http://www.bartsbash.com/united-kingdom/draycote-water-sailing-club

In the meantime, have a great August either at the Club or elsewhere, and we look forward to seeing many many members on 20th September!

After a long week at work why not relax with a Friday evening sail to help refine and build on your new skills and meet members and others who have recently come off training courses. Friday night sailing this week – be rigged and ready for 7pm.  BBQ + Bar will be ready to go – bring your own food to cook.
The friendly supervised sessions aim to improve the skills of the less confident/less regular sailor and will be tailored to suit the needs of those present with themes such as better tacking/roll tacking, roll gybing, introduction to racing.  These evenings will be a good opportunity for members to try out different types of boats and for the fleets to recruit some new crews.  Six of the sessions will be headed up by Taff Owens from the RYA with more experienced club sailors in support.  The first session headed by Taff will be Friday 18th May.Weather permitting we may get the BBQ fired up so please BYO if you’d like to join us!

The bar will be open.

All abilities welcome, bring all the family!